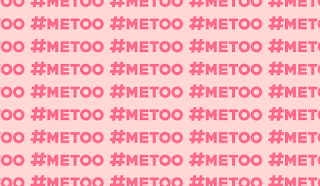 This fall, a large number of women (north of 50) came forward to accuse Harvey Weinstein of sexual harassment, assault, and even rape.  Rose McGowan was one of the first actresses to come forward and use her social media accounts to inform the public of her encounter.  Actress Alyssa Milano showed support for McGowan and the other victims by tweeting “If you’ve been sexually harassed or assaulted write ‘me too’ as a reply to this tweet”. Her request unfortunately resulted in thousands of #metoo responses.
I retweeted multiple #metoo responses, however I was reluctant to send out my own tweet. I am still coming to terms with my own experiences that took place all of last year.  Was it assault or harassment? Was this person ignorant or an abuser? Was my awkward and uncomfortable demeanor not enough of a hint that I was saying no? Its also important to know that this person was my friend. At that time, my very best friend.  It took me a while to realize that I was being harassed/assaulted, mentally groomed, taken advantage of, degraded, and that this person was clearly not a good friend. And when I say “a while”, I mean a whole 5 months. Its a lot to think about and dwell on given the probability that I will most likely never know the answers to these questions.  I had completely suppressed these thoughts until firstly, I had attempted to start a physical and emotional relationship with someone else.  I was guarded on both ends and unaware of the intense damage that had been done to me.
The second time these thoughts resurfaced was after the Harvey Weinstein accusations became public and seemingly never ending. I am triggered everyday; every time I read a new headline or a new story about what he has done to these women I flashback to my own experiences. It took me what felt like forever to build myself back up after disassociating myself with this friend.  This relationship and these experiences have forever changed how I approach relationships, sex, my own perspective about myself, etc.  While I would never want to experience any of this ever again, nor would I wish it on anyone else, its important to note that I am stronger because of this. I was able to figure out how to love and support myself after being repeatedly torn down by this “friend”.  Its been a long and important journey of self-love and independence after being groomed to think and live a certain way.
No one ever thinks that this could happen to them. No one assumes that this is something they’ll have to encounter. I should have been aware of the signs as everyone should be, especially for my generation.  I feel like part of my youth has been hijacked by this experience; I’m not as trusting or eager to make friends, nor am i comfortable with anyone making any romantic advances toward me. The fun parts innocence and naivety that come with being young have been taken from me. I consider myself to be extremely lucky, my experiences could have been so much worse and I sympathize with those who have been put in those worse situations.  However, right before I was able to separate myself, I looked into the signs of a predator and studied up well after I had detached myself.  I have done an extensive amount of reading on the signs and I know these don’t always pertain to every situation nor are these the only signs.  However, they are some that I believe to be noteworthy after reflecting on my experience and those of other women I have talked to about sexual assault and harassment in general.

Here are 7 very important signs of predatory behavior:
1. They’re Attentive at First
When you first become involved with them, they make sure to come off as supportive and as an exceptionally good friend.  They support you in ways that other people haven’t before through compliments and making note of your potential.  Their attention is constant and they never falter in being emotionally present early on in order to make you believe that they will be there for you. They will force you to compare your relationship to the others in your life and ask why other people aren't there for you in they way that they are.

2. They Create Double-Standards
Its okay for them to act and portray themselves certain way and like certain things, however they will tell you it is completely inappropriate for you to act the same.  They can slack in their attention toward you, but you can’t. They can treat you poorly and hold you to a higher standard, but you can’t.

3. They’re Comfortable Being Manipulative & Lying
They’re quick to cheat their way around.  They use people and take advantage of situations for the benefit of themselves and those close to them.

4. They Consistently Play the Victim
In outside situations as well as in your relationship with them, they will defer blame from themselves whenever a problem arises.  They are quick to point in every direction other than their own, due to the belief that they are always right. They will manipulate a situation in order to come across as the victim and make others feel negatively for blaming them.

5. They Ridicule Their Victim
They consistently pick on you and put you down for anything and everything.  They isolate your past experiences and insecurities in order to make you feel inferior. They use the material as trigger points to belittle you.  They have no remorse for your feelings, because they’re focused on striking your emotions.  By being hurtful to you, they make you crave positive comments and their approval.  You’ll do anything to please them at this point; you’ll do anything to get them to let up on the negativity.

6. They Boast About Other Sexual Conquests
They’ll brag about other people they’ve slept with, flirted with, been fancied by, all to make you see them as desirable and to make you feel inferior.

7. They Make It All Seem Normal
If you confront them and point out what you believe to be wrong about the relationship, they will state its normal.  You will begin to believe that’s just how they are and accept the behavior.  The abuse becomes an everyday occurrence that is accepted by the victim because they believe they deserve it and that there is no way out.

I’m writing this in support of young women and anyone who has been sexually assaulted. I want people to know they are not alone. The feelings and the process of overcoming this type of situation are extremely hard to say the very least. Its easy to feel isolated or like no one would understand what you’ve been through. Young women and victims need to stick together. We need to teach others the warning signs and not shame one another. Part of rebuilding yourself after being victimized is feeling supported and that support is out there.