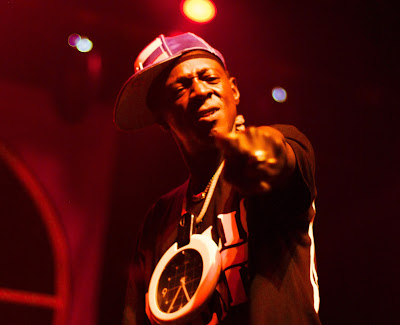 Donald Trump has made it clear that he hates black people. He hasn’t spoken out against the white nationalists behind the Charlottesville riots. He is fighting athletes for kneeling during the national anthem in order to bring attention to police brutality. He only speaks out about the black figures that denounce his competency as President. Like when the White House demanded that ESPN commentator Jemele Hill be reprimanded for speaking out against Trump while Miss Texas (who happens to be white) did so around the same time and received no backlash. His cabinet consists of vocal racists Jeff Sessions, Mike Flynn, Steve Bannon, and more.
His hatred for us has even been present since before he became, *deep breath* President. His company has been sued by the Justice Department for not renting to black people. During one of his campaign rallies, he encouraged his supporters to attack a Black Lives Matter protester. He consistently took shots at Barack Obama and questioned his citizenship. Trump has invited a few people into his inner circle such as traitors Ben Carson and Omarosa, who promote a false sense of diversity. I could go on and on about Trump and his deep rooted discriminatory actions but you get my point: On paper, America has always hated black people. From slavery to now, black people
have been taken advantage of and systemically oppressed by the American government. Its 2018, and black people are still “Public Enemy #1”. 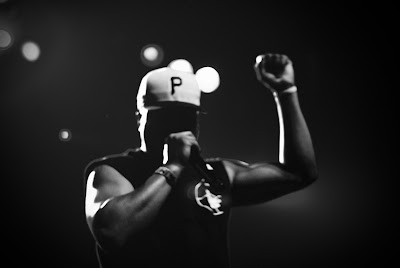 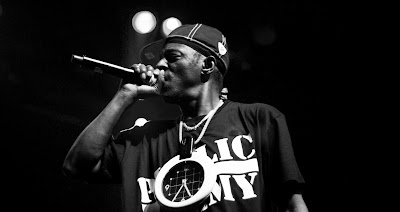 Growing up, my dad would play Public Enemy’s music in the car; I was always familiar with them but never knew too much about them until high school. My dad got the both of us photo passes to a Public Enemy concert and on the way to the show he played them the whole ride there. He taught me all about them and their message; each song was given an introduction and an explanation for as to why Chuck D and Public Enemy were a positive voice for what the black experience is in America, inciting my interest with the group. My references to each song are my interpretation of them and are the hits that I believe launched the group into icon status. I’ve always admired their loud and aggressive sound and blunt, courageous lyrics. Public Enemy is one of the most popular and influential rap groups of the 80’s which can be attributed to their strong and vocal stance on politics and society’s relationship to the black community.
Public Enemy’s songs are about being unapologetically black and woke. Each of their hits tears apart a different part of the corrupt system. In “Rebel Without a Pause” Chuck D states that the group will be eternally political and intend to “voice [their] opinion with volume” through a multitude of songs. The entire song is about them speaking up against authority through black music in order to empower and educate black people. America has a reputation of rewriting history in order to favor its white citizens. The history of black people in America has been passed down orally and through some written sources, however these books are not used in schools to teach kids about American history. Mainstream history talks about slavery, segregation, and the dynamics between black and white people since the formation of this country. However, this information is heavily glossed over in order to cover up the true history of the United States and keep the public ignorant to issues that still affect our society today. Even knowledge provided by black scholars and scholars who study race have been withheld to suppress the black community. It is up to black people and other oppressed minority groups to preserve our history and continue to pass it down for the next generations. We have to educate ourselves and Public Enemy is educating a group of people who may not have access to vital resources needed to become aware of the injustice perpetuated by this country. 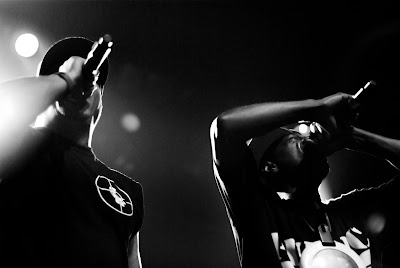 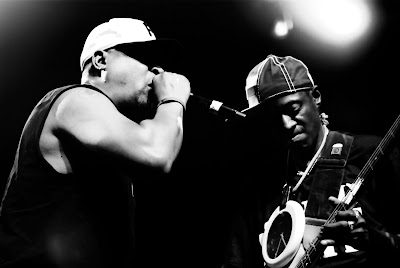 Another favorite of mine is “Who Stole the Soul” where the group explicitly states that the Unites States is stealing the soul of black Americans. They name drop celebrities like James Brown and Redd Foxx who were targeted by the IRS (or as Chuck D likes to call them, the International Rape System). The rhetoric of the song is fierce, relating what the system has taken from black people and the cost of being black in America to rape. Black people have been paying (slavery, segregation, discrimination, cultural appropriation, and more) and are expected to give more and more to a society that is set up for us to fail. “Who Stole the Soul” is aggressive and unapologetic when comparing the US to South Africa and calling out white people for generalizing black people as ignorant and violent people every time we protest and demand equality. Public Enemy is called out for protesting without offering enough solutions and Chuck D calls bullshit. The rap group is a voice for empowerment and peace, calling for what is right and deserved. Peaceful protests against racism such as Black Lives Matter and Take a Knee have been torn apart by people who don’t take the time to recognize what the root of the protest is. When white people protest, it’s their right as Americans. When black people protest, it’s our fault for making everything about race, it’s selfish and inappropriate for us to complain and criticize, its wrong. 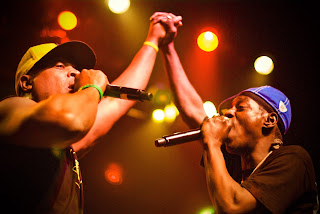 The group’s most well known song “Fight the Power”, is a freedom anthem. Fight authority, fight those who are oppressing you, fight against injustice, fight for what is right, get angry because change is vital. The song is extremely significant because of its ties to Spike Lee’s 1989 classic film “Do the Right Thing”. The film carries heavy themes of racism and has resurfaced in popularity due to its unfortunate relevance today. Eric Garner’s murder directly mirrors that of Radio Raheem, a character who reminds us about the relationship of love and hate in terms of racism. “Fight the Power” sums up the attitude of Fear of a Black Planet and Public Enemy’s identity as a group. Not much has changed since the 1980’s in terms of racism. Although, today artists are generally more vocal about their social and political opinions. For example artists like Kendrick Lamar and YG have recently spoken out about their view on the black experience in America. Kendrick’s last album Damn comments on police brutality, inequality, and injustice. He questions how we as black people will survive in the current political climate considering that things aren’t necessarily improving. On YG’s FDT, he directly calls out Trump as both a political figure and person. He equates him to cancer, calls out his racism and inability to lead the nation. Of course artists would still have political voices and opinions and use their platforms or art to express their views. However, we wouldn’t have Kendrick or YG without Public Enemy. They made it okay to be angry without becoming the stereotype of the angry black male. They raged against the system and encouraged people to be upset with the systems and groups that oppress them. But overall the promoted peace. They were never telling people to get violent or become discriminatory as revenge, but worked to educate black people on their history and how they are being oppressed. The issues that they were rapping about in the 80’s are still relevant today and we as strong black people need to continue to learn from Chuck D and Flavor Flav, the front men of the group. We need to stay woke; fight against the systematic ways in which we are oppressed, fight against society when we are outcasted or taken advantage of, fight against the Trump administration, and of course, “Fight the Power”. 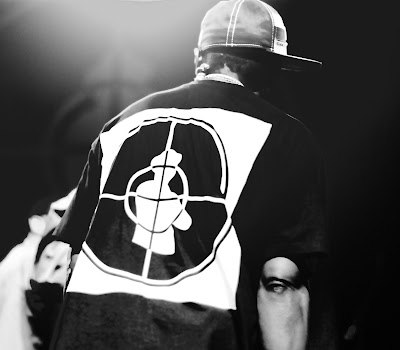 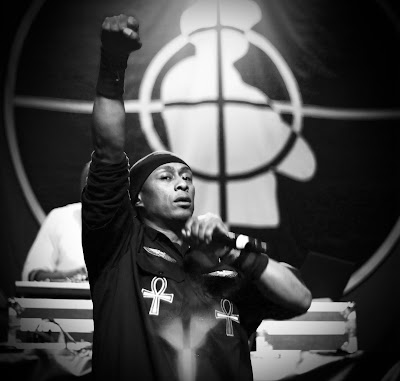 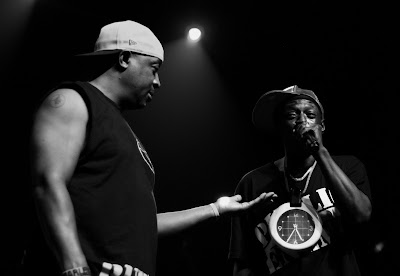 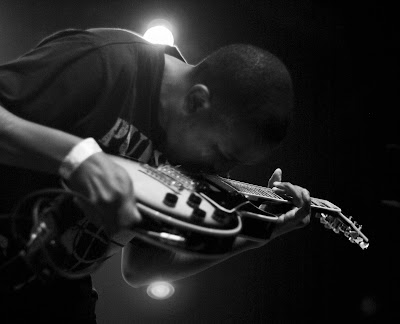 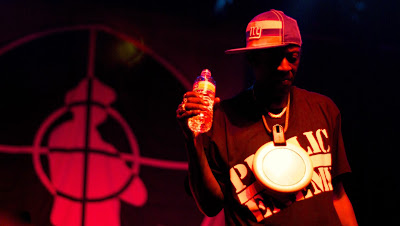 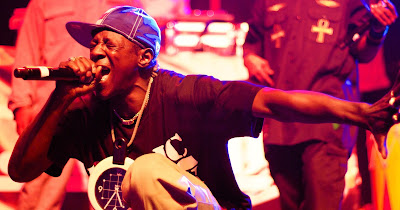 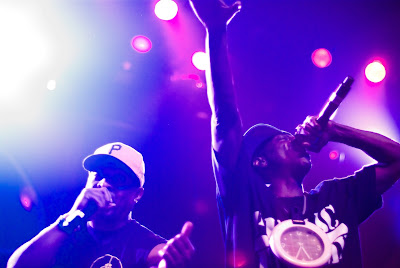