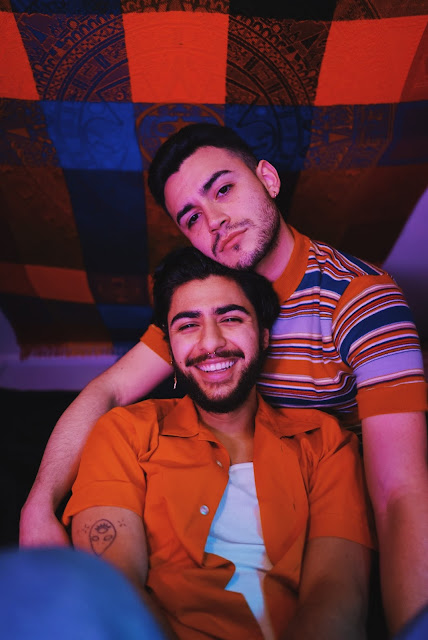 Let’s start with an introduction on yourselves.

Nelson: My name is Nelson Diaz. I’m 22 years old. I’m a fourth year cinema major at SF State. That’s my whole shtick (laughs) there’s nothing else about me that’s interesting. 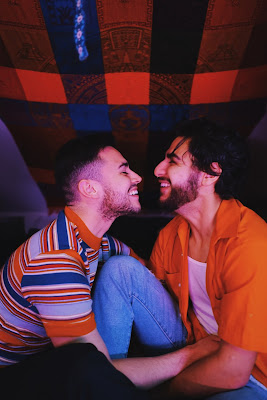 Gerardo: I’m Gerardo. I’m 22 also, recently graduated from SF State with a B.A. in Criminal Justice and a minor in LGBTQ+ studies. Aside from working at a gym, I’m the vice chair for a nonprofit agency. I’m the chair for the cultural humility, inclusion, and equity. I’m going to get training on restorative justice.

How long have you guys been in a relationship?

Nelson: Define relationship. A month, officially, today. But we round it off to three-ish months.

How did you guys meet?

Gerardo: Called Grindr… We actually didn’t meet on Grindr, so that’s refreshing. We had class one semester—

Gerardo: Yeah. We always crack jokes, [about it] like “remember when we had a class together and didn’t say anything to each other even though we sat across from each other?”

Nelson: I had a crush on him, but I never spoke to him.

Nelson: But FAST FORWARD. Two years later, I go to Sacramento for my friend’s birthday, and one of my other friends from LA brought a guy who went to SF State and they met at Coachella and it ended up being him. And then I messaged him saying “Hey, I think I remember you from this class, was it you?” And he said yeah. And then I forced myself on him. We would hang out sometimes as friends, and eventually he fell for me. 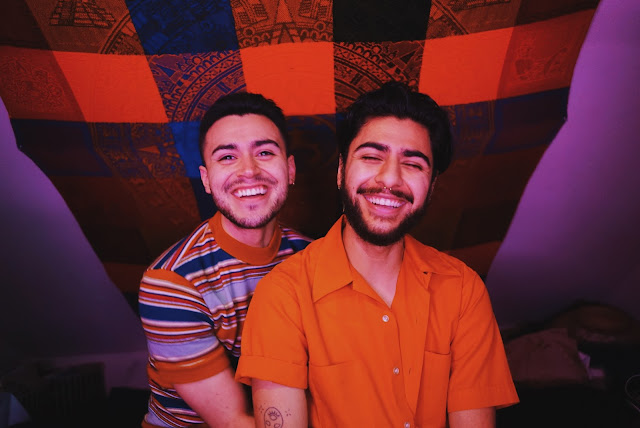 What was your first date?

Gerardo: Our first official date, we went to Foreign Cinema in San Francisco. It was awesome. And then we… what else did we do after that? The Stud after?

Nelson: No, we actually met up with my roommate at that bar Foreign Cinema.

Nelson: We just drank after.

Nelson: Oh my god. I hate you. Couples therapy.

Gerardo: Yeah, sure. I like how I can be super comfortable with him. I don't have to filter myself, or present myself a certain way. That went away pretty quickly, and I feel like other couples have to present something almost not as authentic. With him it was organic. We’re very different, but also complimentary of each other. Aesthetics, general interests. He's also funny, which compliments my weird humor.

Nelson: Can I edit this later? Oh my gosh.

Nelson: What do I like about him… When we first met I was drawn to how involved in the community he was. I liked that he was a very driven guy, he had a good head on his shoulders. I like that he’s smart, because that means we can also be very stupid with each other. He's insanely handsome to me. He's also an idiot which is fun. He’s smart but he’s also an idiot.

Gerardo: Oooh, we’re the exact same size, too. So I like that I can borrow his clothes.

Nelson: Yeah that’s nice. Down to the shoe size. Perfect being gay. What else? That’s it, honestly.

Gerardo: Yeah, I’m only using him for his closet honestly.

Nelson: Yeah. I don’t get bored from him, also. Sometimes he thinks I’ve had enough of him, but that isn’t the case. ANYWAYS, next question.

Gerardo: (laughing) We end up fighting in a boxing ring next. 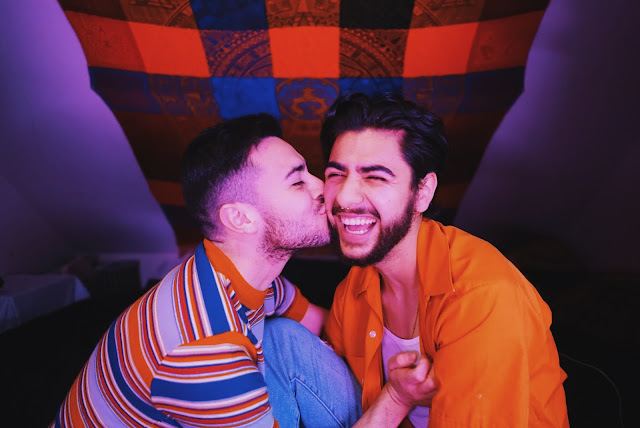 What are your favorite things to do together?

Nelson: Yeah, we do eat a lot. We’ve both gained a significant amount of weight since being together.

Gerardo: Love pounds. We also really like thrifting. Or just window shopping in general. Talk about if we’d wear it or not.

Nelson: He likes dancing more than I do, but I like dancing with him. Dancing to weird music.

Gerardo: I don’t know anyone else who is into that kind of music.

Walk off the food?

Gerardo: Black. No cream or sugar. 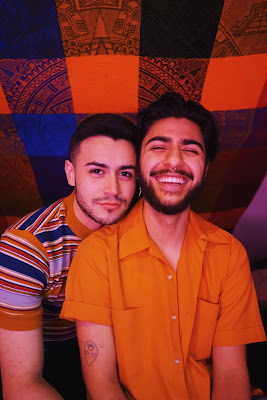 Favorite memory of your relationship so far?

You guys can have different ones.

Gerardo: No, you go first. That’s a loaded question.

Nelson: It’s not a loaded question.

Gerardo: Then you go first!

Nelson: Well. before he even told me he liked me, we went to this fair. This Charles Dickens fair. It was cool, everyone was dressed up like old London, weird arts and crafts and everything. I just remember it was the first time he held my hand, which was nice. He hadn’t done that previously. It was a cool moment.

Gerardo: I enjoyed when we went to Mount Davidson, and I was playing hard to get with him. I was like “Hmmm, I don’t know if I like you.” But I had been wanting to check out Mount Davidson, it was super secluded at night. We were just walking around taking pictures. It was simple. Not much to it. We have this thing like, “Where haven't you checked out in Sf?” and we try and check it out together.